At Least 62 Dead After Volcano Erupts In Guatemala 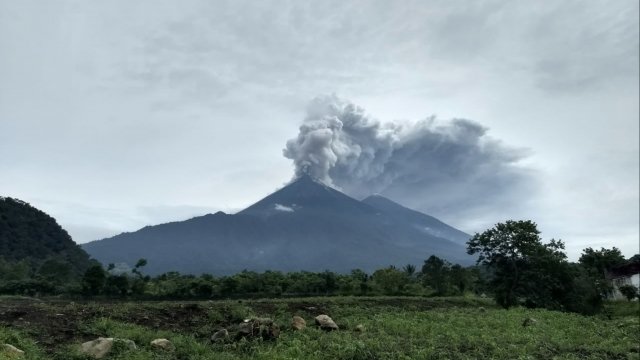 The Fuego volcano is located about 25 miles southwest of Guatemala's capital.

According to The Associated Press, at least 62 people are dead and dozens of others were injured after Guatemala's Fuego volcano erupted Sunday.

The volcano is about 25 miles southwest of the country's capital. This is the second time this year it has erupted.

Sunday's eruption shot thick clouds of smoke and ash into the air and sent a river of lava flowing into several towns.

As of Monday afternoon, Guatemala's national emergency response agency said more than 3,200 people had been evacuated with more than 1.7 million people affected. Rescue and response operations are ongoing.

Officials are warning about the possibility of pyroclastic flows and lahars, which are both streams of volcanic matter that are fast moving and very dangerous.