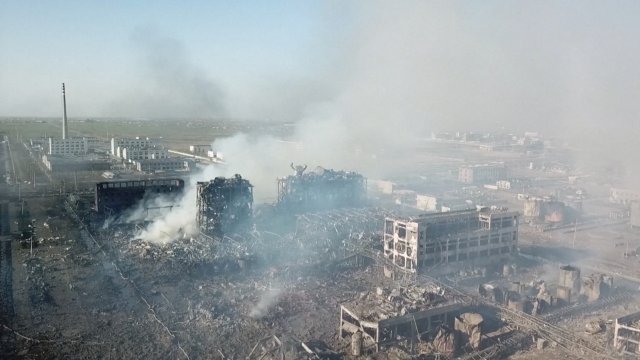 Officials have yet to announce what set off the blast. But several reports say it was caused by benzene, a highly flammable chemical.

Dozens of people are dead after an explosion rocked a chemical plant in eastern China Thursday.

According to state media, at least 64 people were killed in the blast in Jiangsu Province. Hundreds of others are being treated for injuries and at least 90 people are seriously hurt. Another 28 are reportedly still missing.

The explosion was so powerful that it reportedly registered as a 2.2 magnitude earthquake and damaged structures miles away.

Officials have yet to announce what set off the blast. But several reports say it was caused by benzene, a highly flammable chemical that's classified as a carcinogen.

Authorities have reportedly taken multiple people into custody in connection with the incident.