At Least 64 Dead After Fire At Siberian Shopping Center 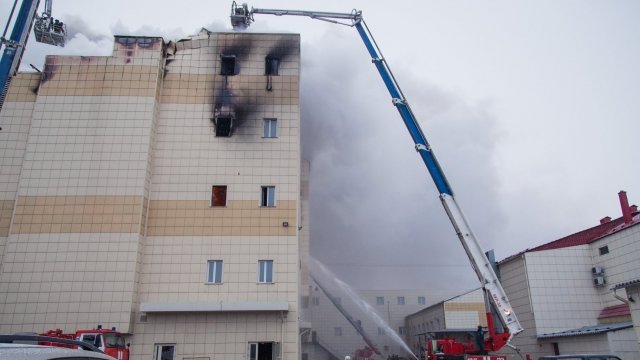 At least 64 people are dead and more than a dozen are missing after a fire tore through a shopping center in Kemerovo, Siberia.

At least 64 people are dead after a fire tore through a shopping center in Siberia Sunday, according to officials.

The mall in Kemerovo was reportedly very busy when the fire started on the fourth floor. That floor housed a theater, skating rink and children's entertainment center.

The blaze reportedly started in the children's entertainment room, which officials say had a "trampoline pool, filled with foam rubber."

Officials are launching a criminal investigation into the cause of the fire.