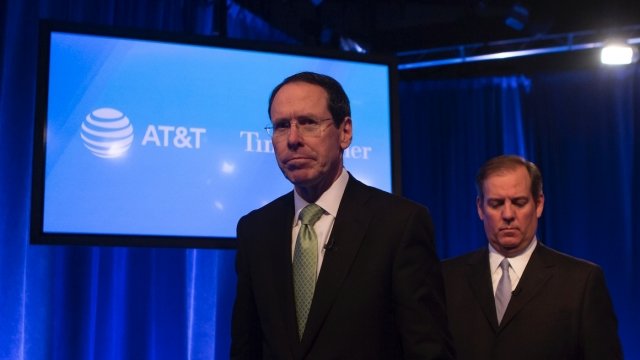 AT&T completed its purchase of Time Warner on Thursday, just days after a judge ruled the deal could go forward.

AT&T and Time Warner officially merged Thursday. A judge ruled the merger was legal on Tuesday, despite objections from the Department of Justice.

The DOJ said Thursday it wouldn't seek a stay in that ruling, and the buyout was completed just hours later.

Still, this may not be a closed case. A spokesperson said the Department of Justice is weighing whether to appeal the judge's ruling.

The DOJ sued AT&T last year to block the merger, saying it would harm consumers by raising prices.