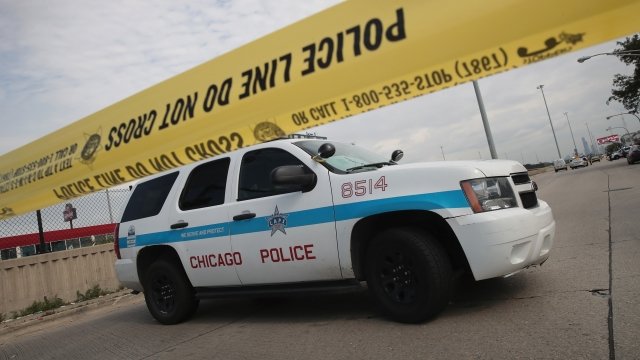 President Donald Trump is "sending Feds" to Chicago to fight gun violence — despite there being a number of federal agents working there already.

On Friday, the Department of Justice and the Chicago Police Department announced that 20 agents from the Bureau of Alcohol, Tobacco and Firearms (or ATF) and four ballistics specialists had teamed up with state and city police to create the Crime Gun Strike Force.

The strike force went into operation on June 1. Trump tweeted out the move the morning the official announcement was made by Attorney General Jeff Sessions and Chicago police.

The city has been asking for more federal help fighting crime and gun violence since the start of Trump's term, and even while former President Barack Obama was in office. New strike force members will join 41 ATF agents already in Chicago.

The strike force will target the illegal flow of guns into the city as well as repeat gun-crime offenders.

The Chicago Tribune notes that ATF agents stationed in Chicago have previously determined "most of the guns originating from outside of Cook County that were recovered at Chicago crime scenes in past years came from Indiana."

Some portraits were taken at the scene of the shootings.

And some Chicago officials are frustrated by the administration's response to crime in the city. A spokesperson for Chicago Mayor Rahm Emanuel told The New York Times: "If the president was as interested in taking action on public safety as he is in tweeting about it, we would have seen these resources months ago."