An Atlanta Mayoral Candidate Is Calling For A Recount — Again 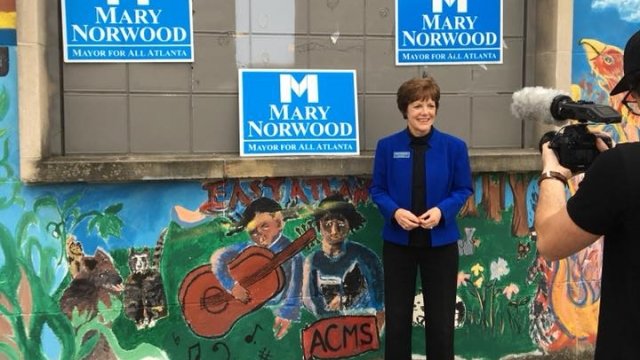 The last time independent candidate Mary Norwood called for a recount, the result was changed by just a single vote.

Unofficial results from the race show that Bottoms beat Norwood by 759 votes, but Norwood says she's waiting for absentee and provisional ballots to be tabulated on Thursday. The independent candidate is also calling for a recount.

Trump tasked the commission with looking into his own claims that millions voted illegally in the 2016 presidential election.

Following the election returns, Norwood said: "We just don't know. This is very close. It is not over yet."

This mayoral election is eerily similar to the one in 2009. Norwood lost by 714 votes to former Mayor Kasim Reed. She also requested a recount then, and the results of that changed the outcome by just one vote.

Still, Norwood has repeatedly said that loss was partly due to voter fraud.