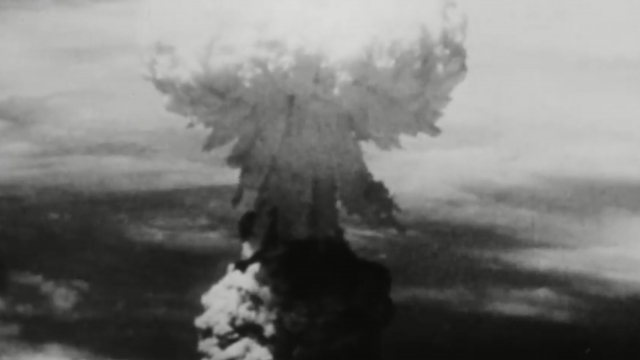 A-bomb survivors in Japan now in their 80's and 90's are prone to solid cancers like breast and lung cancers.

Seventy-five years after the U.S. dropped atomic bombs on Japan during World War II—Hiroshima on Aug 6th and Nagasaki on Aug 9th — survivors of the A-bomb are still suffering from the effects. While the U.S. said it used the weapon to end the war quicker and prevent the loss of American lives, the atomic bombs killed an estimated 120,000 people in Hiroshima and 74,000 in Nagaski.

Michiko Kodama—then a child—said she saw a girl with her face half burned.

Kodama said, "The girl collapsed, and I think she probably passed away. I don't know. But even now, when I speak about her, I almost cry. It's the girl's sad, sad eyes."

The memory of that day is seared in the minds of survivors like Kodama. But it's not just the traumatic memories they carry but health problems as well. The Radiation Effects Research Foundation is a joint U.S. and Japanese institute that examines the effect of radiation on survivors.

What Visual Evidence Tells Us About What Caused The Beirut Explosion

So far there are reports of at least 100 deaths and thousands of injuries from the blast, which was large enough it was felt in Cyprus.

"Cancer is the primary risk for radium after the atomic bombings," says their vice chairman and chief of research Robert Ullrich.

Ullrich said, "Leukemia, it's a very rare disease. But there was a significant, and kind of a big effect of the exposure for increased risk for leukemia, for. ... the first few years after exposure."

Ullrich says due to the radiation, the survivors, who are now mostly in their 80s and 90s, are prone to breast and lung cancer. About 30% of the original 120,000 survivors who participated in the the research foundation's Life Span Study are still alive. The study has led to safe radiation limits in hospitals around the world and used by NASA to determine radiation limits for space exploration.

Despite the global contributions, Ullrich says survivors were treated like data and not like people during the early phase of the research, right after the war.

Relations Strained On Okinawa Amid COVID-19 Outbreaks At U.S. Bases

A worsening COVID-19 outbreak at four U.S. bases on Okinawa is stirring local fears and resentments.

A-bomb survivors or "hibakusha" were often discriminated against. It was hard to get married as a survivor for fear they would pass radiation to the next generation though current research doesn't show strong evidence that radiation is passed down. There was job discrimination and fears that somehow the radiation was contagious, but it wasn't.

Kodama said, "In my heart, I still feel hurt from the discrimination, that is what sits the heaviest in my heart"

At 82 years old, Kodama continues to share her story so future generations will remember the horrific long-term effects of the A-bomb. She says her suffering is far from over.