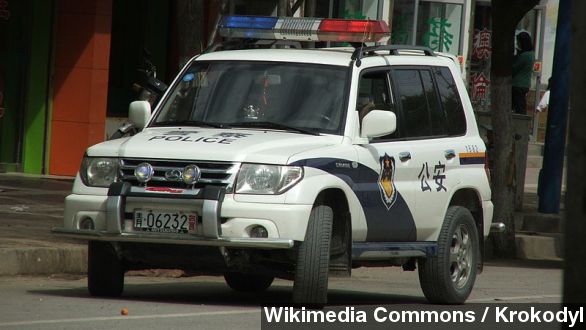 Nine attackers and two police officers are dead after a clash at Chinese police station.

Eleven people are dead after an attack on a police station in the Xinjiang province of northwest China over the weekend.

Among the dead are nine of the attackers and two police officers who tried to fight them off. Another two officers were injured. (Via Euronews)

The attackers reportedly used knives and axes during the assault. They were fatally shot by police. (Via Next Media Animation)

​This comes seven months after a deadly clash with police that killed 21 people in a nearby city. The Chinese government has said it was a terrorist attack. And just last month, five were killed when three people drove a car into Beijing's busy Tiananmen Square. Those in the car died along with two tourists. (Via Sky News)

China's communist government says it hopes to better protect against these types of attacks with the recent establishment of a national security council. (Via The Chrisitan Science Monitor)

"Partly, it's likely to be responsible for handling foreign security issues. … But the agency is also a response to growing internal unrest." (Via Al Jazeera)

China's government has blamed much of this recent violence on the nation's Muslim Uighur minority, many of whom reside in the country's northwest. No group has been named in connection with this weekend's attack.