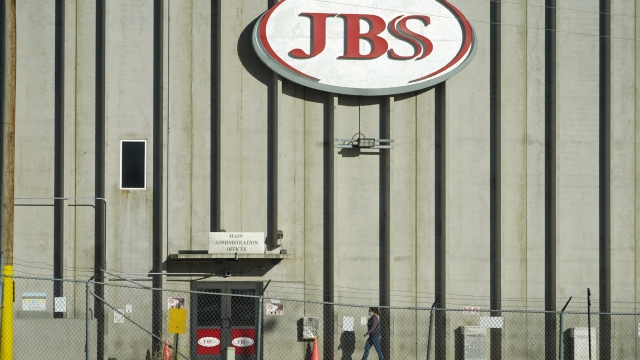 JBS shut down its computer networks across the U.S., Canada and Australia — two days after its servers were attacked.

First gas, now meat. Consumers could be in for yet another shortage due to a cyberattack — this time on the world’s largest meat processing company.

"We're going to see more and more of these kinds of events," QOMPLX CEO Jason Crabtree said. "They're wildly profitable and they're quite easy to do until we massively improve our ability to defend ourselves."

JBS says it shut down its computer networks across the U.S., Canada and Australia — two days after its servers were attacked. In a statement, the company said, “Resolution of the incident will take time, which may delay certain transactions with customers and suppliers.”

Workers at some of the plants have been told to stay home, according to their unions’ Facebook groups. And there are fears that disruption could spread, at a time where the global supply chain is especially vulnerable.

Shortages in one industry impact another, and the ripple effect goes on across the supply chain. Companies are also struggling to find enough workers to run their production lines.

This attack comes just weeks after hackers targeted a major gas pipeline. The company involved, Colonial Pipeline, paid a $4.4 million ransom demanded by the hackers. This appears to be a ransomware attack, too-- according to the White House.

"I think it's really important that we start having a focus on how do we ensure that we have coverage and visibility and forensic evidence so we can go through and find out who did what to whom, when did they do it, and how are we responding to it," Crabtree said.