Siege On Kabul Hotel Ends With At Least 5 Attackers Dead 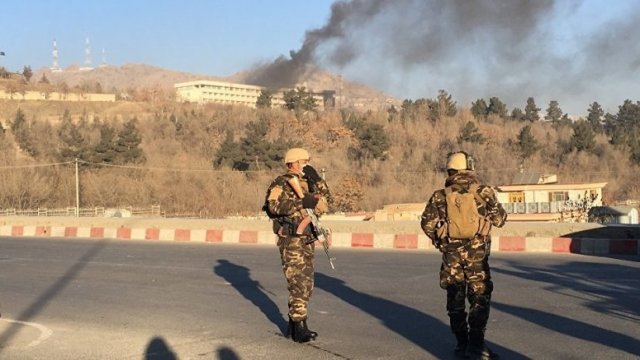 The Haqqani Network, a Taliban ally, claimed responsibility for the attack.

A Taliban-affiliate group has claimed responsibility for the deadly attack on a luxury hotel in Afghanistan's capital city.

Five attackers reportedly died in the siege, with at least one taking their own life with a suicide vest. They were members of the Haqqani Network, according to Afghanistan's Interior Ministry.

A Myanmar commander said some of his soldiers were behind the deadly incident, the country's first admission of guilt against Rohingya Muslims.

Afghan officials said at least 14 civilians were killed but that the death toll may rise. Some local journalists reportedly saw "dozens of bodies" after the attack.

This was one of several deadly extremist attacks over the weekend. Kabul's Intercontinental Hotel was also a Taliban target in 2011.

The Haqqani network is affiliated with both the Taliban and Al-Qaeda and is believed to be based in Pakistan.