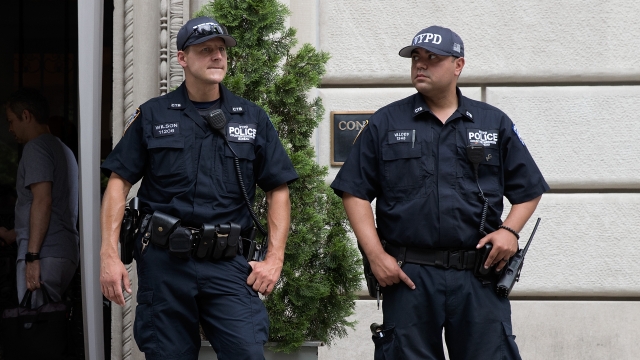 A statement from the Justice Department said, "New York City continues to see gang murder after gang murder, the predictable consequence of the city's 'soft on crime' stance."

That's part of a steady 85 percent drop in the city's murder rate since 1990.

Sessions Wants To Be Tough On Crime, Starting With MS-13

Meeting with representatives of several law enforcement agencies, Attorney General Jeff Sessions laid out the need to take down MS-13 and other gangs.

The NYPD relies on federal funding, and that could be at risk because of a separate issue. The Justice Department could withhold federal funding for law enforcement if it deems New York City isn't cracking down on illegal immigration.