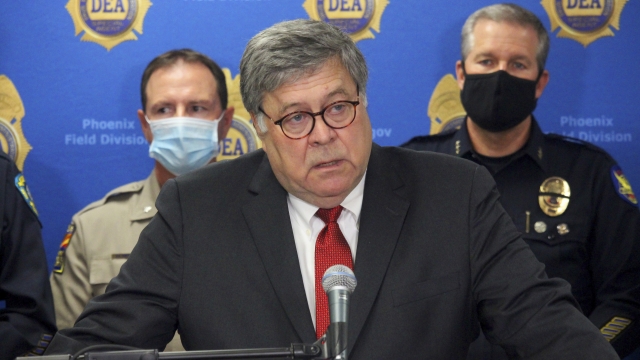 Barr, who sought leniency for Roger Stone and Michael Flynn, suggests some career prosecutors need to be reined in.

Attorney General William Barr is attacking some of his own prosecutors.

In a speech at Hillsdale College in Michigan, Barr called some career professionals at the Justice Department "headhunters" and suggested that some may chase political probes that he called "ill-conceived."

Barr's remarks appeared to be a missive fired at government prosecutors who brought cases against President Trump's confidant Roger Stone in the Russian election meddling investigation.

Barr undercut his own prosecutors in that case by overruling their sentencing recommendation to seek a lighter punishment. Stone was later granted clemency by the president.

In May, 2,000 former Justice Department officials signed a letter blasting Barr for abandoning the prosecution of Michael Flynn. The president's former national security adviser had pleaded guilty to lying to the FBI.

Barr said in his speech that political appointees, such as himself, should have ultimate authority over such prosecution decisions due to their "presidential appointment and Senate confirmation."

Barr said: "Individual prosecutors can sometimes become headhunters, consumed with taking down their target." He suggested that it is up to "dispassionate decision-makers," like himself, to rein them in.