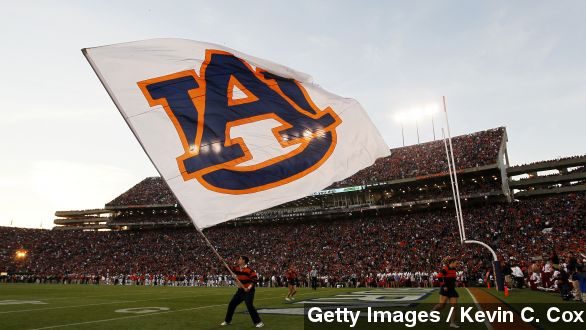 Jakell Mitchell was a redshirt freshman on Auburn University's football team and was expected to compete for a starting spot at TE next year.

Police say the shooting occurred at 12:28 Sunday morning at an apartment complex near campus. Mitchell reportedly suffered multiple gunshot wounds and later died of his injuries. (Video via WHBQ)

AL.com reports Mitchell was a redshirt freshman this year, sitting out until next year to gain weight and was expected to compete for a starting spot at H-back or tight end.

He was a graduate of Opelika High School, a school about 20 minutes northeast of Auburn. Opelika coach Brian Blackmon told the Opelika-Auburn News, “It's a sad day. It’s terrible — terrible.”

The suspect in the shooting is still on the loose, according to police.

AL.com points out this shooting took place at the same apartment complex where three people died in a shooting in 2012, including Auburn football players Ed Christian and Ladarious Phillips.

While Sunday's shooting happened near campus, Auburn University Emergency Management tweeted out that there was "no known threat to campus."