500,000 People In Australia Told To Evacuate Due To Historic Flooding 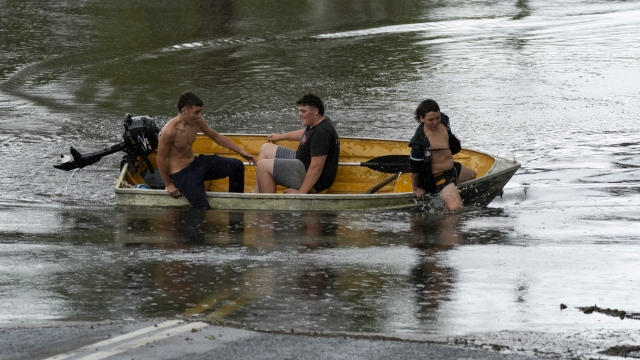 People in Sydney and surrounding areas have been told to prepare to flee floodwaters as torrential rain lashes the Australian coast.

Emergency officials in Sydney are warning hundreds of thousands of people to evacuate as heavy rains are flooding a large swath of Australia's east coast.

Australia’s Bureau of Meteorology warned of life-threatening flash flooding and damaging winds with peak gusts in excess of 56 miles an hour. The State Emergency Service issued evacuation orders to 200,000 residents and evacuation warnings had been sent to another 300,000. Minor flood warnings were also issued for coastal communities as far as 120 miles south of Sydney.

Large numbers of people are being displaced by worsening weather extremes. But some of these risks can be prevented or lessened with prompt action.

The La Niña weather pattern has intensified the power of this storm that's been dumping rain on the country for days. In Lismore — north of Sydney — the flooding was catastrophic, with more than 3 feet of rainfall in just four days.

Rescue crews throughout Sydney's northern suburbs have been rescuing residents trapped in their homes and cars. So far, the storm has claimed the lives of 15 people.

Bureau of Meteorology forecaster Laura Boekel said thunderstorms brought the chance of more flooding, extending 280 miles north from Brisbane to Bundaberg during the next day or two.

“This is a very dangerous and potentially life-threatening situation for southeast Queensland,” Boekel said.