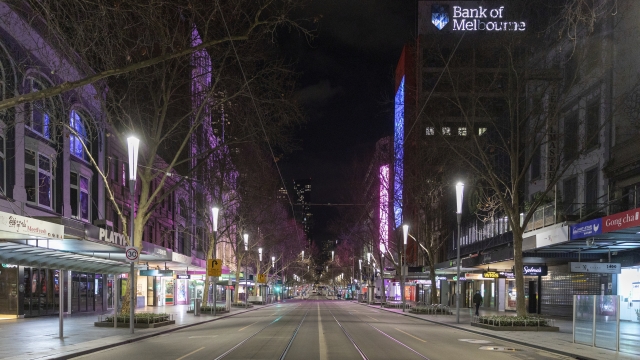 A new wave of infections has caused Melbourne to enter a six-week lockdown, with fines of $200 for not wearing a mask.

Australia's second largest city is now under a lockdown order because of COVID-19 concerns.

The city of Melbourne entered a six-week lockdown with many shops and businesses being forced to close after the state of Victoria reported a spike of 471 new cases and eight deaths in one day.

More than half of Australia's cases in the last month have been in Victoria and supermarkets warn of food shortages from panic buying. But the country's Health Minister is optimistic.

He said, "We've flattened that curve once, we'll flatten that curve again."

However, authorities said many people have not followed mandates to wear masks and stay in their homes. The Chief Commissioner of Victoria said police have seen more people resisting government orders, saying they are being stripped of their rights.

In response, the state government has increased penalties for those who disobey lockdown orders — not wearing a mask carries a fine of 200 Australian dollars. More than fifteen hundred police officers are allowed to check the homes of infected people to make sure they are isolating.

Under current rules, citizens can only leave home to seek medical care or do frontline work. They can also go outdoors to exercise or shop but only for one hour at a time and they cannot be more than three miles from their home.