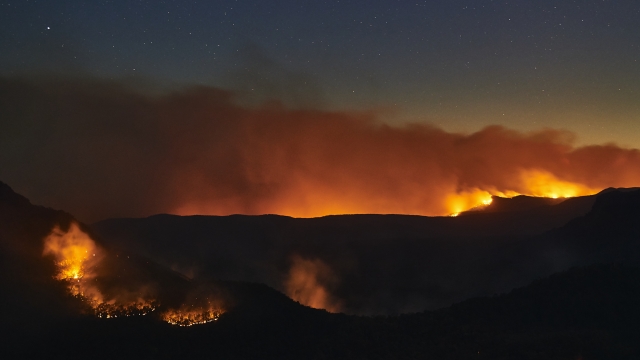 Conservation concerns are mounting in Australia, as data reveals just how much of the country’s Blue Mountains and Gondwana rainforest world heritage areas have burned as a result of ongoing bushfires.

Officials with the Blue Mountains World Heritage Institute tell the news outlet that the extent of the burned areas is “unprecedented.” Forest officials say there are serious concerns about how this will impact the wildlife and temperate eucalypt forest the mountains are home to.

Fire crews have been working extensively throughout New South Wales and Queensland to protect these natural habitats.

New South Wales fire crews even carried out a rescue mission to protect the only known natural site of Wollemi pines in the world. Wollemi pines are a prehistoric tree species, which fossil records show were around nearly 200 million years ago.

Experts say the full extent of the damage from these fires will remain unclear until more burned areas become accessible for research.