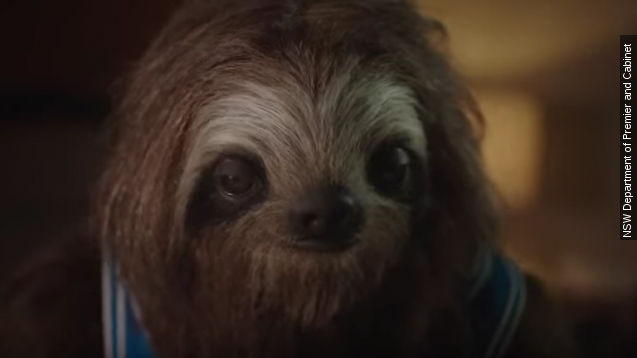 An Australian anti-marijuana PSA featuring an anthropomorphic sloth backfired when it was both criticized and laughed at.

NSW Department of Premier and Cabinet

An Australian anti-marijuana campaign chose to use an anthropomorphic sloth as its mascot.

A lot of teens are getting a laugh out of the government-sponsored ads, and some are criticizing them – but they're not the only ones.

One member of New South Wales Parliament tweeted: "Just saw the #StonerSloth ads. Not sure where NSW Gov's ad guys found Chewbaccas siblings, but those videos are... Quite something."

And an Australian marijuana prevention organization is pushing away from the videos after providing consulting for the NSW government in the early stages of the campaign's creation.

After receiving messages from the public, the National Cannabis Prevention and Information Centre released a statement saying it did not endorse the NSW government's final product.

As one Twitter commenter pointed out, it's reminiscent of the deflated-girl PSA from a few years ago that targeted American teens – using hyperbole to make its point.

In fact, hyperbole is something the NCPIP specifically warned against, which could be a part of stoner sloth's problem.

Also, is it just us, or is anyone else concerned it could be offensive to sloths?