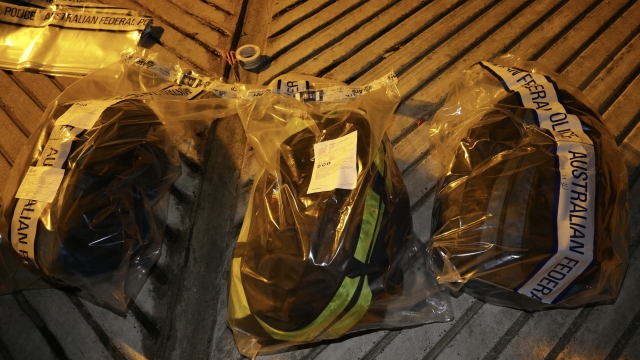 The drugs would have been worth about $260 million on the street.

It took a two-and-a-half year investigation, but Australian officials are now touting the largest cocaine bust in the country's history –– over 2,400 pounds.

Police took almost half that amount from a boat 30 miles north of Sydney on Christmas Day.

That seizure is being combined with another in Tahiti back in March, when authorities said 1,300 pounds of cocaine was heading to Australia.

In total, the drugs would have been worth almost $260 million on the street.

When It Comes To Cocaine Busts, The Coast Guard Had A Really Good Year

It broke the previous record, which was set in 2008.

Authorities arrested 15 men ranging from ages 29 to 63. They face a maximum sentence of life in prison.

Earlier this month, the U.S. Coast Guard and Canadian navy announced their seizure of 53,000 pounds of cocaine. CNN reports the total worth was $2 billion.