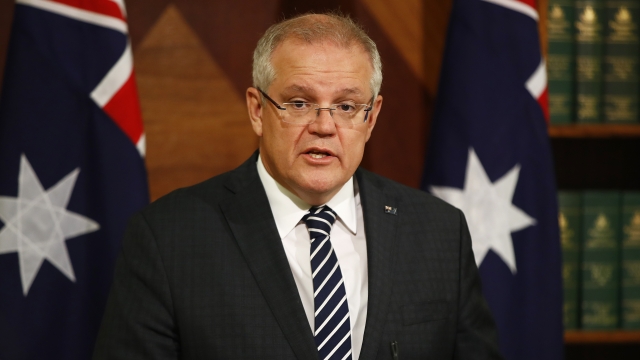 Scott Morrison's decision to cut his vacation short and return to Sydney comes after around 100 fires broke out across Australia's east coast.

Australia's leader is apologizing for going on a holiday vacation with his family while his country is in the midst of a bush fire crisis.

In a statement Friday, Prime Minister Scott Morrison said, "I deeply regret any offense caused to any of the many Australians affected by the terrible bushfires by my taking leave with family at this time."

Morrison's decision to cut his vacation short and return to Sydney comes after around 100 fires broke out across Australia's east coast.

Those flames are being fueled by a severe drought, strong winds and a record heat wave. With the weather expected to get even hotter, local officials in New South Wales have implemented a seven-day state of emergency.

In a separate statement, Morrison offered his condolences to the families of two volunteer firefighters who died battling the blazes Thursday in a road accident. Officials think their vehicle hit a tree and then rolled off the road.