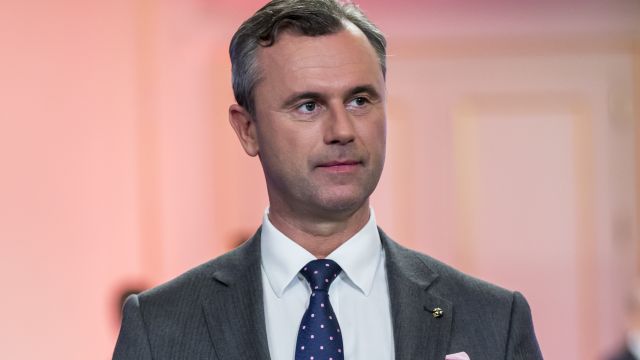 Austrian right-wing presidential candidate Norbert Hofer lost a runoff election by less than one percentage point in May. Now he's getting a second shot at the presidency.

The country's Constitutional Court has thrown out the results of that election due to irregularities in how the mail-in ballots were counted. There's no actual evidence of tampering, but the number of affected ballots is more than double the number of votes that ended up deciding the election.

Hofer, a candidate for the Freedom Party, ran a runoff election against liberal candidate Alexander Van der Bellen, who's backed by the Green Party. Van der Bellen won by around 31,000 votes; he was due to be sworn in next week but will have to stand aside while the election is rerun.

The presidency in Austria is a largely ceremonial role, but a victory for Hofer could be a blow to the European Union. Hofer campaigned on a strong anti-immigration, anti-EU platform that aligns with the far-right, Euroskeptic populism on the rise in countries throughout the bloc.

And Austria's new election will take place in the shadow of the U.K.'s decision to leave the EU. It's not clear which way the so-called Brexit will sway Austrian voters. Although the vote's emboldened anti-EU politicians across the continent, the U.K.'s post-Brexit financial turmoil may cool Austria's Euroskepticism.

This video includes images from Getty Images and clips from ORF, ATV and the European Council.