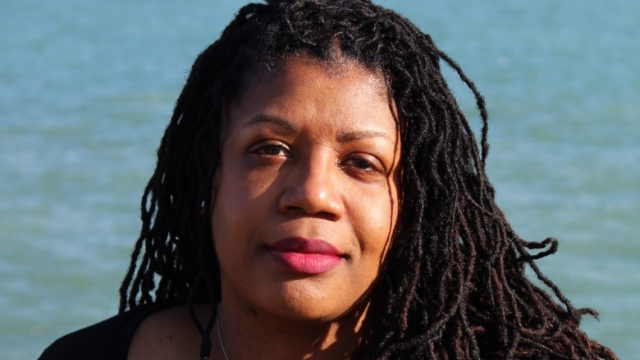 Do mainstream feminist movements in the U.S. leave out the voices of black women or other marginalized groups? And do they center on whiteness, despite their stated missions of advocating for the rights of all women?

Those are just some of the questions author Mikki Kendall tackles in her new book, "Hood Feminism." It explores situations when solidarity for women's rights, as Kendall once put it, seem to be reserved for white women. For example, she pointed to the issue of police violence, which a 2019 Rutgers University study found to disproportionately affect black women and people of color.

Kendall: "Mainstream white feminist voices weren't showing up at marches for Black Lives Matter. The Women's March was great. If only we could have seen those same faces, those same pink hats, in those numbers, speaking up against police brutality, we might have gotten somewhere a little earlier."

The worldwide Women's March movement launched in 2017 and kicked off the day after President Donald Trump's inauguration. But Kendall echoed criticism from other activist groups that mainstream organizations have not necessarily provided adequate support for communities of color.

Kendall: "We didn't see that same kind of turnout for any of the events that have been occurring since, where communities of color are specifically under attack. Where we know, for a fact, that a mosque is being targeted, that a black church is being targeted. ... Sure, you're all for women's rights when it impacts you, but you're not speaking up for the women who are impacted."

Kendall said the Women's March has made efforts to do better, but the organization has not yet lived up to its stated principles to uplift women from different backgrounds. The Women's March did not respond to Newsy's request for comment about that criticism, but it has stated in the past that as "an intersectional movement," it's "committed to fighting all forms of oppression."

So how, according to Kendall, can mainstream feminist movements be more inclusive? She says they can show up for marches and organizations that "don't specifically center white women's concerns."

Kendall: "Show up for Black Lives Matter. Show up when we're doing events around immigration, around stopping the Muslim bans — all of those things. Show up for hunger, show up for housing. Show up for things that, yes, because of the wealth gap, white middle-class and upper-middle-class women might not be impacted by, but bring in that same energy, those same number for other social problems. ... Just because it doesn't affect one group of women doesn't mean it's not a feminist issue. It just means that some women have more privilege than others."