After Divisive 2018 Speaker, WHCA Picks Author To Headline Next Dinner 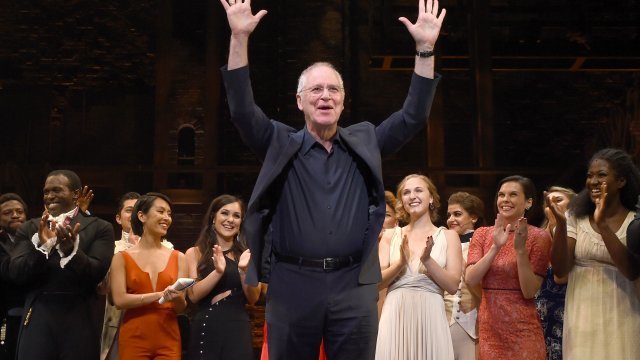 In a chance of pace, the White House Correspondents Association decided not to pick a comedian to headline the annual dinner.

On Monday, the White House Correspondents Association announced that author Ron Chernow will be the featured speaker. The WHCA described Chernow as "one of the most eminent biographers of American presidents." His book, "Alexander Hamilton," inspired a hit Broadway musical.

Picking an author as keynote speaker is certainly a change of pace. A list of the dinner's recent headliners is a who's-who of late-night comedians, including Jay Leno, Conan O'Brien, Hasan Minhaj and Stephen Colbert.

In 2018, comedian Michelle Wolf was the entertainer for the evening. But her roast of Washington, D.C., didn't go over so well, and she was criticized for being too divisive in her speech.

It appears Chernow will still try to keep some levity in next year's dinner. He said, "While I have never been mistaken for a stand-up comedian, I promise that my history lesson won't be dry."