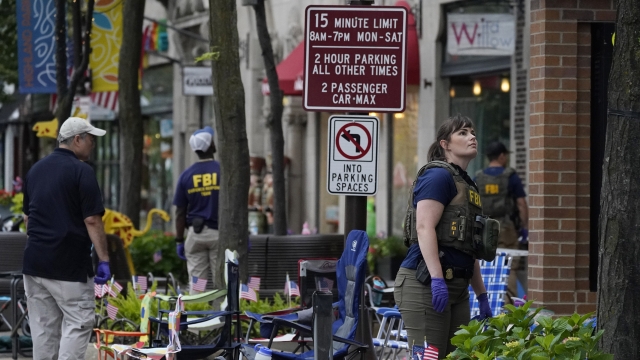 The police say seven people were killed, and 30 more were injured, when a gunman fired at least 70 shots at parade-goers.

The community of Highland Park is grieving after a gunman opened fire on a Fourth of July parade, turning what should have been a celebration into another mass shooting.

The police say seven people were killed, and 30 more were injured, when a gunman fired at least 70 shots at parade-goers.

Nicolas Toledo was described as loving, creative, adventurous, and funny.

Chicago Public Schools have also identified a teacher and her family members among the injured.

While flags fly at half staff across the country to honor the lives lost, investigators are sorting through videos and witness statements.

"The shooting appears to be completely random. We have no information to suggest at this point it was racially motivated, motivated by religion or any other protected status," said Chris Covelli, Deputy Chief of Lake County Sheriff's Department.

But in this quiet Chicago suburb, a community is trying to comprehend the unthinkable.

"I thought we heard fireworks but all of a sudden people started running towards us screaming 'shots fired,'" said Paul Chesler, who attended the parade.

"I think the community will be under a black cloud for a very long time it’s a very close community. If kids went to school here or grand kids you know hopefully we’ll unite and get strong, and we’ll heal as in all horrible tragedies but it’s gonna take a long time," said Nancy Gans, a Highland Park resident.