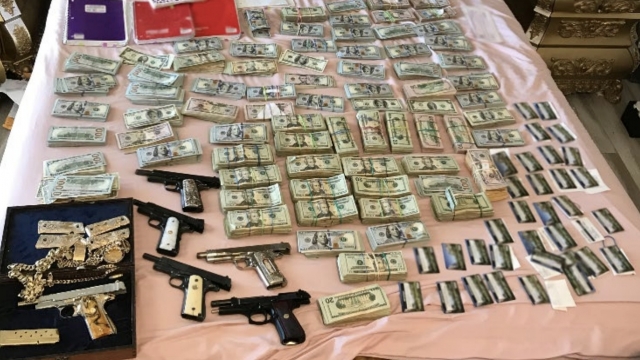 A lack of investigators and data are snarling the fight to claw back billions of dollars in stolen COVID-19 unemployment relief, Newsy has learned.

A surprise came in the mail for Mandy Hernandez.

"I received this envelope with a credit card in it, and I was like, 'I didn't apply for a credit card,'" she said.

On it, was cash. Unemployment benefits from Ohio. But this retired grandmother in California has never been to Ohio, never been unemployed.

"I worked for the post office since 1988," Hernandez said.

Someone had apparently stolen her identity to collect benefits.

She didn't want to use her full name due to privacy concerns but agreed to let us use her first and maiden names.

We've learned authorities are struggling to investigate a gush of unemployment fraud.

"We are talking about probably the biggest fraud ever committed against the American people," Sen. Rob Portman said.

"It's kind of shocking, but the cost of buying those sort of basic identifiers on the dark web is pennies on the dollar," American Enterprise Institute Senior Fellow Matt Weidinger said.

Initially, jobless Americans could declare themselves eligible for aid without providing proof.

The idea was to speed money to non-traditional workers, like a food delivery driver.

"While, it was generous, it also created a open and significantly larger target for people looking to defraud the system," Weidinger continued.

A federal indictment says members of the Woo Gang in Brookly were caught on ATM cameras allegedly cashing in pandemic unemployment debit cards.

Authorities say they did it by filing thousands of claims using stolen identities.

The arrests resulted from an investigation by the U.S. Labor Department's inspector general.

It's an office facing challenges going after billions of dollars worth of fraud. There are too few investigators to sift through a thousand-fold increase in reports of phony claims. And surprisingly, no access to a database of potential fraud reported by states.

The inspector general has had to rely on time-consuming subpoenas to build cases.

"It just slows the process down when you have to go other ways to get the information," Labor Department Inspector General Larry Turner said.

The Labor Department tells Newsy it's working on getting state approvals to finally get into the database some time before summer.

It's a hurdle in the already difficult race to get stolen money back.

"The bulk of the money is likely attributable to international crime syndicates," Weidinger said.

The inspector general has been able to recover just $830 million.

SEN. ROB PORTMAN: What's our plan to recover some of the 163 billion plus?

INSPECTOR GENERAL LARRY TURNER: We believe it's going to be somewhat difficult to get that back. ... So many of the fraudsters have already expended high dollar values whether it be on homes whether it be vehicles.

The grandmother out in California is hanging on to the fraudulent debit card that came in the mail in case law enforcement ever asks for it.

"It's criminal because I don't know what they're doing with my identity," Hernandez said.

Ohio state officials told us they will look into her case, which is one of an estimated, 400,000 reports of suspected unemployment fraud in that state alone.