Multiple Automakers Side With Trump On California Emissions Rules 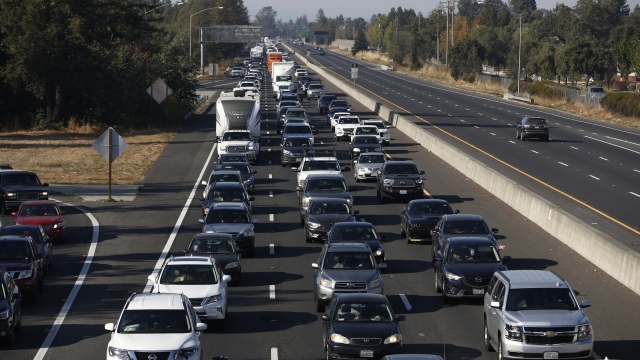 ​The Coalition for Sustainable Automotive Regulation said ​it will intervene in a lawsuit ​by environmental groups against the Trump administration.

Several automakers are siding with the Trump administration on its decision to revoke California's authority to set its own emissions and fuel economy standards.

The Coalition for Sustainable Automotive Regulation, which includes General Motors, Fiat Chrysler and Toyota, said Monday it plans to intervene in a lawsuit by environmental groups against the Trump administration. A spokesperson for the coalition said it's backing the administration's position that the rules should be set by federal regulators, and not by individual states. But the coalition also said its decision to intervene "is about how the standard should be applied, not what the standard should be."

In response, California Air Resources Board Chair Mary Nichols said the state "will continue to carry out [its] mandate to meet national air quality standards and keep working with those automakers committed to a framework that delivers cleaner vehicles that benefit consumers and the environment."

Earlier this year, BMW, Ford, Honda and Volkswagen struck a deal with California to produce more fuel-efficient cars, drawing the ire of the Justice Department. The administration announced shortly after it was revoking California's authority to set its own emissions standards, which are tougher than those set by the federal government. Since then, a coalition of 23 states, two cities and the District of Columbia sued the Trump administration over the move.