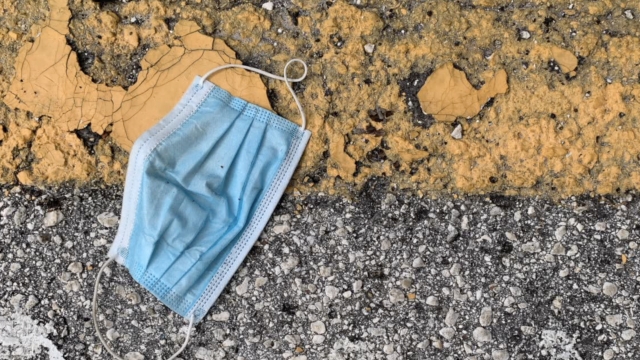 The patchwork of policies can be different from district to district.

School districts already in the midst of forming back to school policies now have new guidance from the Centers for Disease Control and Prevention to confer.

Making a reversal from previous guidance, the agency announced it now recommends masking in schools.

“We know from the pandemic it works kids who were in person schooling last year we did pretty well we know masking works,” said Dr. Joseph Perno, the chief medical officer at Johns Hopkins All Children’s Hospital in St. Petersburg.

Dr. Perno said he’s seen a “massive increase” in the number of overall kids testing positive, though most are able to go home from the emergency room.

“We know masks are the best way to protect our children and we need to remember right now the high majority of our children are not even eligible for the vaccine,” he said.

However, mask policies vary by state, and in many places by district.

“It really is so dependent upon where you are and which school district you’re in. So it’s hard to generalize across the country,” said Gigi Gronvall, a senior scholar at the Johns Hopkins Center for Health Security at the Bloomberg School of Public Health. “What should be the policy? I think it’s easier to start off strong and then ease up once there is less transmission in your community.”

Some states are reviewing the guidance.

The California state officials said “Children should return to full-time, in-person learning in the fall with layered prevention strategies in place, including masking and vaccination, if they are eligible.” A parent group already filed suit over masks in schools.

In Missouri, the state’s attorney general previously filed a lawsuit to stop a mask mandate in St. Louis County and the St. Louis.

Alabama’s guidelines will include recommendations of universal masking in schools, however schools can choose whether to follow the guidelines, according to the Alabama Department of Public Health.

Georgia’s largest school system, Gwinnett County, made them a requirement.

Meanwhile, Governor’s in Georgia, Texas, Nebraska, South Dakota, Mississippi Arizona and Florida doubled down against mask mandates, leaving the choice up to families.

“We know two people that have passed away from COVID and granted we hear all those reports that it’s not as serious for children but there are those ones and nobody wants their kids to be the one,” said parent Brooke Elkins, who explained she wants to see a mandate for K-8th students, which are not eligible for the vaccine until age 12.

“Being a special needs student it aggravated and exasperated his OCD, his anxiety, caused regressive behavior issues, it resulted in a lot of trauma for him and he even voiced that he didn’t want to wear a mask at school,” said Jennifer Rogers, a parent of a student with special needs. Rogers said she doesn’t believe masks are effective, but thinks it should be optional without stigma or separation of students.

According to CDC data, more than 60 percent of US counties have substantial or high transmission levels.