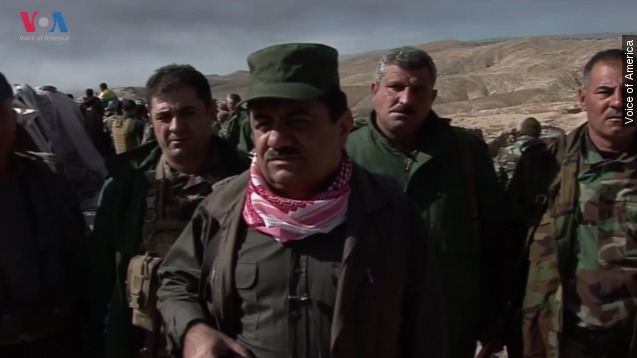 Kurdish peshmerga forces have recaptured the Iraqi city of Sinjar from ISIS. The city sits on a strategic supply line connecting Mosul and Raqqa.

Kurdish peshmerga forces, backed by smaller militias, are trying to recapture the ISIS-held city of Sinjar in northwestern Iraq.

The offensive is receiving support from the U.S.-led anti-ISIS coalition. Dozens of airstrikes have targeted ISIS positions in and around the city leading up to Thursday's offensive and are continuing.

The goal is to not only liberate Sinjar, but also to cut off a key ISIS supply route stretching from Raqqa, in Syria, to Mosul, in Iraq.

The siege created a humanitarian crisis. Thousands of Yazidi minorities fled to Mount Sinjar — the very mountain peshmerga are now using as staging ground to retake its namesake city.

The U.S. aided the Yazidis with humanitarian airdrops and anti-ISIS airstrikes, which eventually morphed into the U.S.-led anti-ISIS coalition we have today.

Although recapturing Sinjar wouldn't entirely cut off ISIS' supply lines between Syria and Iraq, it would hinder it quite a bit.

The Kurdish peshmerga will still face a tough fight within Sinjar. A Buzzfeed reporter who spoke with fighters on the ground was told IED traps are hidden in as many as 70 percent of the neighborhoods.