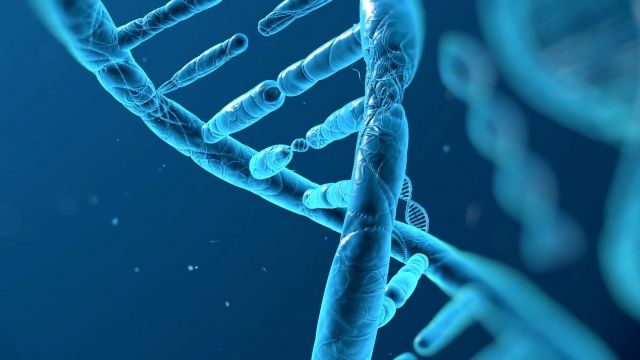 The U.S. Defense Department wants better ways to control or reverse the effects of genetic modification.

Ready or not, genetic modification of living humans is now a thing. It's mostly just in safety trials for now, but governments and scientists are already looking at the next important question: Once we change certain genes, how much control do we have over what they do next?

We're not always sure how genetic tweaks in one organism will affect the rest of its environment. And as the tools for gene editing get cheaper and easier to use, it's more likely that modified organisms will get loose — either on accident or on purpose.

The U.S. Defense Department wants to be ready to clean up after these "genetic spills" if it has to. It's asking scientists to come up with out-of-the-box ways to stop genetic changes from going rogue.

That means ways to control where and when a gene gets edited in an organism, ways to use antibodies or other molecules to prevent unwanted editing and ways to remove engineered genes from an ecosystem so things return to normal.

Consider mosquitoes. We've figured out how to tweak their genes so the insects eventually die off, which would stop the spread of malaria. But until we let those genetically altered mosquitoes loose, we won't know if they'll damage the rest of the ecosystem or if the fatal genes we gave them will spread to other insects.

So the scientists working with the Defense Department are coming up with a safety net. They could modify genes to do what they want — like killing malaria mosquitoes — but they propose tailoring those genes so the fatal ones also fade out over generations.

That's assuming it works as intended, of course. And that's why scientists and policymakers are tweaking genes one slow experiment at a time. Fixes to genetic modification, whether they prove to be helpful or harmful, could be as permanent and wide-ranging as the things they're trying to tweak.