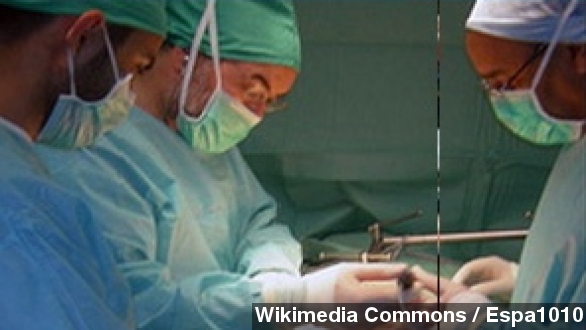 President Obama signed into law a measure that lifts a national ban on transplants between HIV patients, which has been in place since 1984.

President Obama signed into law Thursday a measure that lifts a national ban on organ transplants between people who have HIV.

Before Thursday, HIV and AIDS were the only conditions that federally banned a person from being an organ donor. The HIV Organ Policy Equity, or HOPE Act officially changed that. (Via WSMV)

Just two weeks ahead of World AIDS Day, the amendment now allows American scientists to research whether or not transplants will be effective. (Via The Verge)

It overturns an amendment added to the National Organ Transplant Act in 1984. That amendment required doctors to throw away any organ that came from HIV positive donors. (Via ABC)

U.S. Rep. Fred Upton: “Permitting HIV positive donors could save as many as 1,000 HIV infected patients every year.” (Via C-SPAN)

A writer for Slate says the bill was an important step forward in reversing some poorly executed legislation passed during the AIDS panic in the 1980s.

“From HIV criminalization to the gay blood donation ban, anti-gay bias still pervades the American medical community… President Obama described it as 'an important step in the right direction.'... But now the real test is whether he’s willing to take the next big step.” (Via Slate)

The bill was introduced in February on National Donor Day, and it enjoyed rare bipartisan support on its way to the President’s desk.