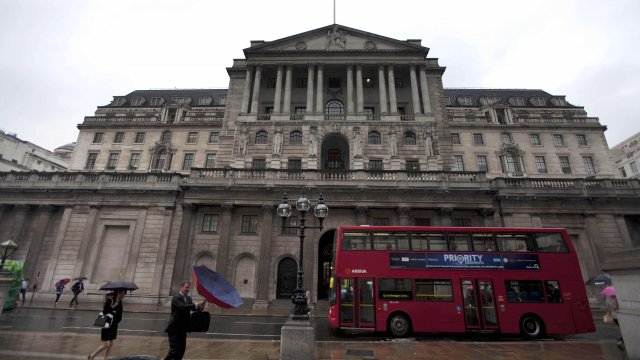 The finance ministry announced the temporary extension to its overdraft with the bank, otherwise known as the "ways and means" account.

The British government is planning to borrow more money from the Bank of England to make sure it has adequate funds in its fight against the coronavirus pandemic.

On Thursday, the finance ministry announced a temporary extension to its overdraft with the bank, otherwise known as the "ways and means" account.

That account typically sits at about 370 million pounds, but the chancellor can tap into it in times of crisis. During the 2008 recession, it briefly shot up to nearly 20 billion pounds.

The government will continue to use the markets as its main source of funding. Any borrowing on the account will be short-term, and withdrawals will be repaid before the end of the year.

British officials are considering extending restrictions on public activity to further stop the spread of COVID-19. Those restrictions were originally supposed to last three weeks, but experts say lifting them too quickly could erase any progress made against the virus.