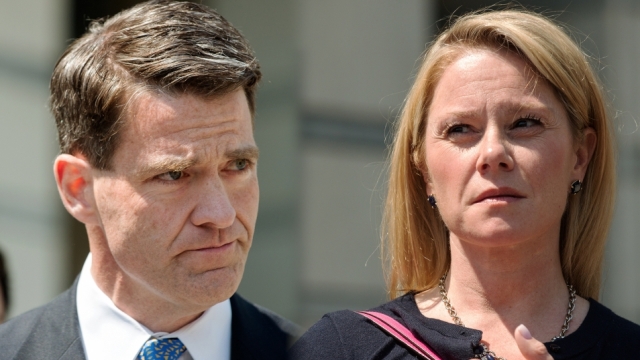 Two former New Jersey officials will serve time in prison for orchestrating lane closures that led to a dayslong traffic jam in 2013.

Two people have been sentenced to short prison terms for the scandal known as "Bridgegate."

Back in September 2013, authorities shut down lanes on the George Washington Bridge, causing massive traffic jams for five consecutive days.

Bill Baroni, who was the deputy executive director of the Port Authority of New York and New Jersey, and Bridget Anne Kelly, New Jersey Governor Chris Christie's former deputy chief of staff, were sentenced to a combined three and a half years in prison for ordering the lane closures they say they thought were for a traffic study.

But evidence shows the lanes were closed as a way to punish Democratic Mayor Mark Sokolich for not endorsing Christie in his re-election bid for governor.

Chris Christie May Have Turned Down Multiple Trump Admin Positions

Anonymous sources claim Christie was in the running for several key positions.

Both Baroni and Kelly, along with other witnesses, said Christie knew about the plan. He has denied any involvement.

Prosecutors said they pursued cases against those they could convict based on available evidence.