Barr Slammed For Linking Police Protection With Respect For Officers 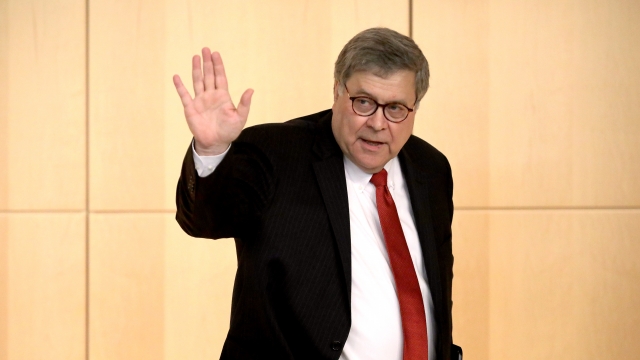 Attorney General William Barr was called out by multiple former federal prosecutors who denounced his comments as "despicable and dangerous."

Attorney General William Barr is being criticized after he linked police protection to respect for law enforcement during a speech Tuesday.

"They have to start showing more than they do — the respect and support that law enforcement deserves. And if communities don't give that support and respect, they might find themselves without the police protection they need," Barr said at the Attorney General's Award for Distinguished Service in Policing.

Barr made the comment while drawing a parallel between how the public treats police officers and how they treat military service members. He recalled the celebrations that were thrown when soldiers came home from the first Gulf War in the 1990s.

"But when police officers roll out of their precinct every morning, there are no crowds along the highway cheering them on. And when you go home at the end of the day, there's no ticker tape parade," Barr said.

He went on to say that Americans need to stop protesting against police officers who are "fighting an unrelenting, never-ending fight against criminal predators."

Barr didn't elaborate any further on which "communities" he thinks need to show more respect to police. But multiple activists and liberal groups say he was pointing to communities of color.

Scott Hechinger is a Senior Staff Attorney at Brooklyn Defender Services. He represents thousands of New Yorkers every year in criminal cases and has heard the stories of police brutality first hand.

He told Newsy, "When the top law enforcement officer in the nation not only fails to acknowledge the national crisis of police abuse, violence, and over-policing of communities of color, but attacks those very communities for expressing their concern, it matters."

While serving as attorney general, Barr has supported the president's "tough-on-crime" policy. For example, he told the Fraternal Order of Police in August that there should be "zero tolerance for resisting police." Barr is also fighting to reinstate the death penalty for federal prisoners.