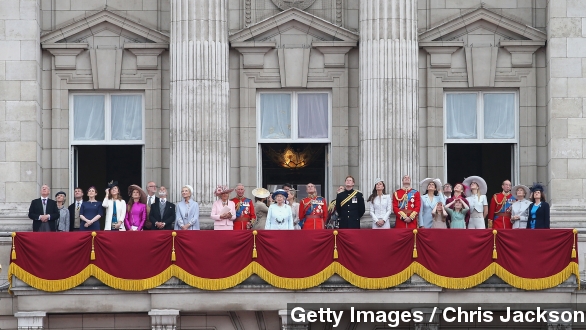 Reports say lawyers for the royal family leaned on the BBC to pull an unflattering documentary of Prince Charles.

A BBC documentary about the royal family has been pulled from the lineup after lawyers for the family reportedly leaned on the network.

From what's been reported, the documentary, titled "Reinventing the Royals," doesn't exactly paint Prince Charles in the best light.

Following the death of Princess Diana in 1997, the film revolves around the PR tactics the royal family used to polish up Charles' image and win the public's approval for his then-girlfriend, Camilla Parker Bowles. (Video via ABC)

"I don't think they want to revisit this period of time when Prince Charles' image was an all-time low and Camilla was being abused in the streets. This was a bad period for them," royal expert Robert Jobson told NBC.

The Daily Mirror describes Camilla as "the most hated woman in England" at the time for her relationship with Charles.

In it she goes into detail about her boss's image after Diana's death: "He was getting some pretty virulent criticism — bad father, unloving husband. … If you've got a middle-aged balding man and a beautiful princess, it's a no-brainer as to who is going to get the media coverage."

The documentary also discusses how a media manager was hired to show Charles as a caring single father to his sons, William and Harry, who were ages 15 and 12 respectively when their mother died.

According to the documentary, the PR work to get the public to accept Camilla was known as "Operation Mrs. PB." The duo ended up marrying in 2005.

If the Radio Times' story about royal pressure on the BBC is true, it wouldn't be without precedent. There's been tension between the BBC and the royal family before.

Back in 2007, the network ended up apologizing after it implied Queen Elizabeth had stormed out of a photo shoot after the photographer asked her to remove her crown.

It sounds like the BBC still hopes to show the documentary sometime in 2015. It released a statement saying it's waiting to air the two-part special until after "a number of issues … are resolved."