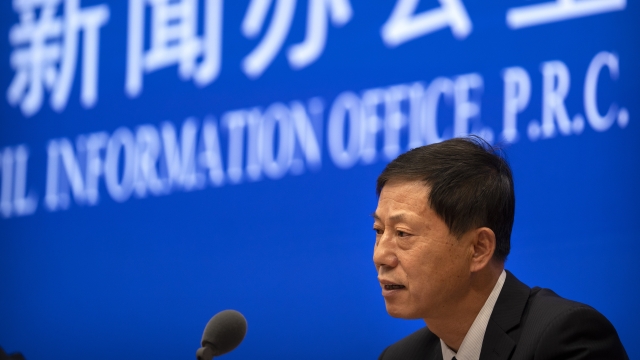 It comes as the lab leak scenario has gone from being a conspiracy theory to a credible possibility in the U.S. intelligence community.

Chinese officials are rejecting the World Health Organization’s plan to probe deeper into the origins of COVID-19.

A top health official says the continued investigation “defies science.” And the head of biosafety at the Wuhan Institute of Virology denies the virus leaked from the lab.

That director... telling reporters... the lab didn’t work on the type of coronavirus that caused the pandemic.

Last week, the World Health Organization proposed a second phase of investigation, including lab audits. But it’s unclear what evidence that would yield now: China didn’t allow the first investigative team in for a full year, after the outbreak began.

In the United States, intelligence agencies are divided on whether a lab leak is to blame—or if the pandemic began with a natural jump from wildlife to humans. President Biden ordered a report due in August.

But that lab escape scenario has gone from being a conspiracy theory to a credible possibility. A source inside the Defense Intelligence Agency tells Newsy officers commonly support the idea.

A second source tells us some officials backed away from the hypothesis because they wanted to distance themselves from then-President Trump. The official saying it's clear China withheld critical information and blocked probes... the question is why.

Adding to the confusion, top government epidemiologist Dr. Anthony Fauci and Sen. Rand Paul sparring in a Senate hearing... over whether U.S. government-funded research to the Wuhan lab helped or hindered the world:

"What we’re alleging is that gain of function research was going on in that lab and NIH funded it. You can’t get away from it, it meets your definition and you’re obfuscating the truth," said Paul.

"You are implying that what we did was responsible for the deaths of individual, I totally resent that... and if anybody is lying here senator, it is you," said Fauci.

Newsy’s review of scientific literature shows the virus that causes COVID doesn’t match any coronavirus being studied in the Wuhan lab. But officials want to know if China was secretly testing a different coronavirus.

Back in Beijing, officials are shifting the blame to Washington — and pushing for an investigation into a lab leak at Fort Detrick, a military base in Maryland  — and a hot-spot for conspiracy theories.