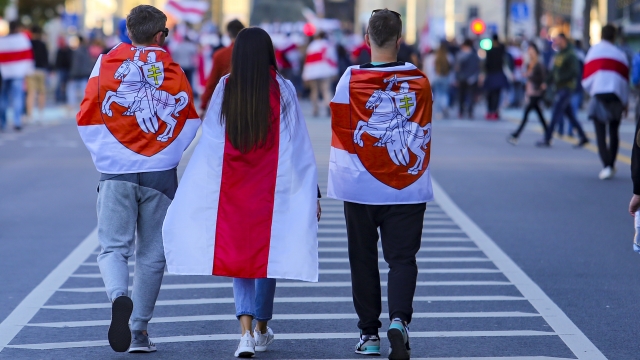 Tens of thousands of people turned out for a march in Minsk, Belarus, Sunday — thrusting the country into its seventh week of protests.

Protesters and some poll workers say the country's August presidential election — which the incumbent Alexander Lukashenko won by a landslide — was rigged. Lukashenko has served as leader of the eastern European nation for the last 26 years. Demonstrators say it's time for him to resign.

Often called "Europe's Last Dictator," Lukashenko regularly represses those who speak against him. The 66-year-old strongman has even warned protesters that there would be no new elections QUOTE "until you kill me."

Lukashenko is backed by Russia. In a meeting last week, Russia agreed to loan Lukashenko's regime $1.5 billion to maintain its grasp on power.