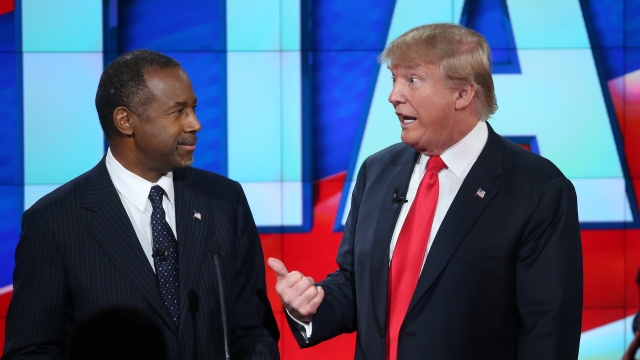 "Would you be ever open to a VP spot?" Fox Business host Neil Cavuto asked Carson on Tuesday.

"I certainly would sit down and discuss it," Carson said.

"Well, I like him; he likes me. I mean, stranger things have happened," Trump told CNN's Alisyn Camerota in October.

That was back when both were leading in the polls. Things have changed a lot since then.