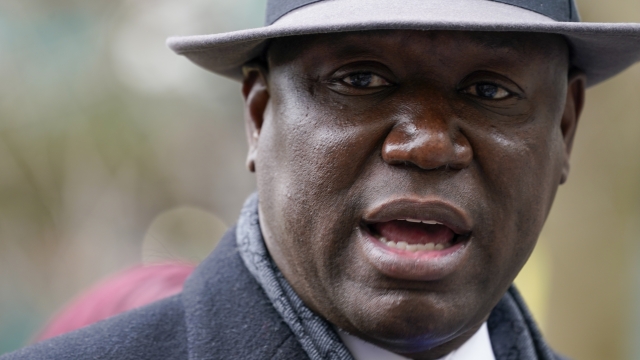 "Civil" puts the life of attorney and civil rights leader Benjamin Crump on full display, showing a side of him that cameras rarely capture.

At the heart of every movement is a leader. Some are born into power. Others are thrust into the action of the movement.

He's gained the attention of lawmakers, the media and America as part of a strategy that he says delivers a simple but weighty message.

"We just have to try to choose being civil versus committing violence against one another," Crump said. "For the sake that we see the humanity in our fellow human beings."

His call to action is chronicled in a new documentary film "Civil" on Netflix.

The film made its theatrical debut Friday in Miami at the American Black Film Festival, a week-long celebration of Black filmmaking.

Crump was there for the big night and walked the red carpet along with Nadia Hellgren, who also directed the Michelle Obama documentary "Becoming."

Crump credits his inspiration to practice law to Justice Thurgood Marshall, the first African-American to sit on the Supreme Court.

The film puts the life of Crump on full display, unapologetically exposing the hard truths and even backlash to his popularity. It shows a side of Crump that cameras rarely capture — as a family man, friend and son.