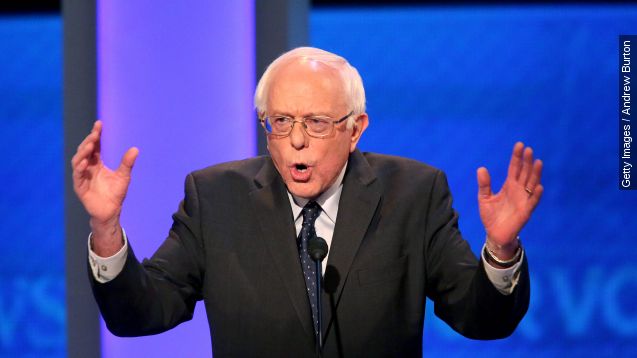 One staffer was fired and two others suspended amid an investigation into the data breach of Democratic National Committee voter information.

The DNC previously cut off the campaign's access to the database, saying it inappropriately accessed Hillary Clinton's campaign data during a security failure in the database software, which the Sanders campaign somewhat admitted to. (Video via CNN)

"After discussion with the DNC, it became clear that some of our staffers irresponsibly accessed some of the data from another campaign," Sanders' campaign manager Jeff Weaver said.

The campaign fired one of the four staffers involved but says the data wasn't accessed in a way that would give Sanders an unfair advantage.

The decision to reopen access to voter data came a day after Sanders’ campaign filed a lawsuit against the DNC. Despite the agreement, a person familiar with the situation told Politico the campaign would not be dropping the lawsuit. (Video via Bernie 2016)

The DNC says it will continue to investigate the data breach so that it doesn't happen again. (Video via Democratic National Committee)