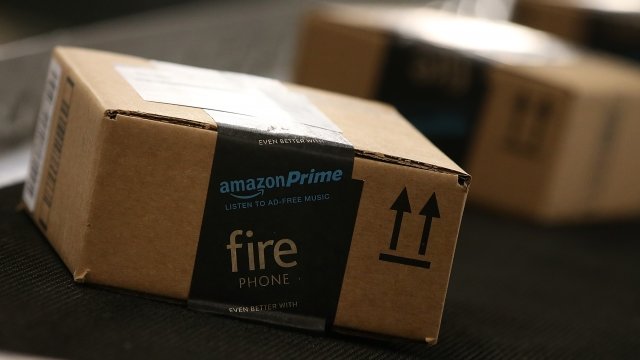 Sen. Bernie Sanders says the company didn't pay any federal income tax in 2017, and it looks like he's right. So how did that happen?

We don't have access to Amazon's 2017 tax return, so we don't know for certain. That said, according to documents Amazon filed with the Securities and Exchange Commission, the company brought in $5.6 billion in the U.S. in 2017 and expected a $137 million tax refund. How does that work?

Amazon Can Now Deliver Packages To Your Car

The Amazon delivery driver remotely unlocks the vehicle and places the package inside.

Well, for one thing, Amazon claims $220 million in tax credits. It's not clear what for, exactly. Also, the company lists $917 million in stock-based compensation. When a business like Amazon pays people in stocks, it gets to write off the current market value of the stock, not just the value at which it sold the stock to its workers.

Amazon is totally above-board here. Its expected refund is a result of using existing tax law in its favor. The new tax law will change the way stock-based compensation is treated, which will affect Amazon's taxes this year. But the corporate tax rate has also been reduced, which is a help to the company.

So it's true that Amazon didn't appear to pay any federal income tax last year. The new tax law could change that, but until next spring, it's not clear how much.