Bernie Sanders Drops Out Of The Race For President 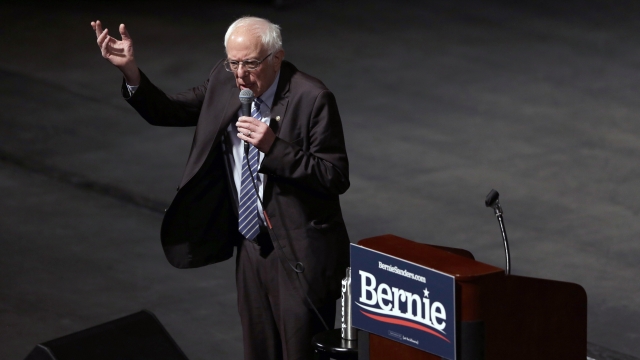 Sanders said he plans to stay on the ballot in all of the states that haven't yet held primary elections in an attempt to gather delegates.

Sen. Bernie Sanders announced he is ending his presidential campaign.

“We are now some 300 delegates behind Vice President Biden, and the path towards victory is virtually impossible.”

Sanders said he plans to stay on the ballot in all of the states that haven't yet held primary elections in an attempt to gather delegates.

“While Vice President Biden will be the nominee, we must continue working to assemble as many delegates as possible at the Democatic convention, where we will be able to exert significant influence over the party platform and other functions.”

Sanders made the announcement from his home in Vermont, as both he and Biden have been kept off the campaign trail amid the coronavirus pandemic. The Democratic race is at a virtual standstill with most states delaying primaries.

Sanders' decision to drop out is a marked departure from his 2016 campaign for president. He didn't endorse Hillary Clinton until July.

The senator had a good showing of support in the early states of Iowa, New Hampshire and Nevada. But the story changed after Biden's sweeping win in South Carolina. Sanders' campaign failed to garner support among black voters -- one of the party's key constituencies.

Sanders has represented Vermont in the U.S. Senate since 2007. He'll be up for reelection in 2024.