Sanders Supporters Are Booing Everyone (Including Sanders) At The DNC 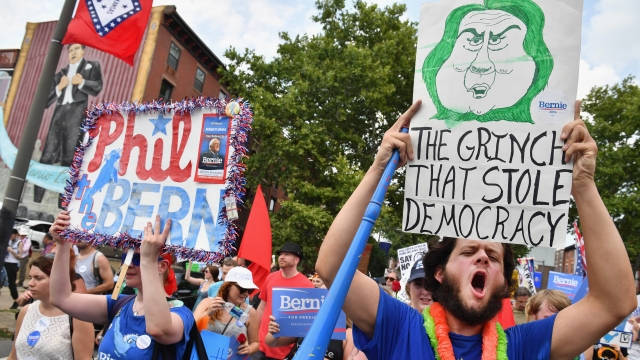 A vocal minority of Bernie Sanders' supporters are staging a revolt against Hillary Clinton — and against Sanders' wishes.

Bernie Sanders supporters are booing just about everyone at the DNC, including Sanders himself, during the opening prayer, when Rep. Barney Frank was introduced and really any time Hillary Clinton's name came up.

Still, most Sanders backers say they'll eventually side with Clinton.