Beyoncé Slays Us With Surprise Sixth Album And Short Film 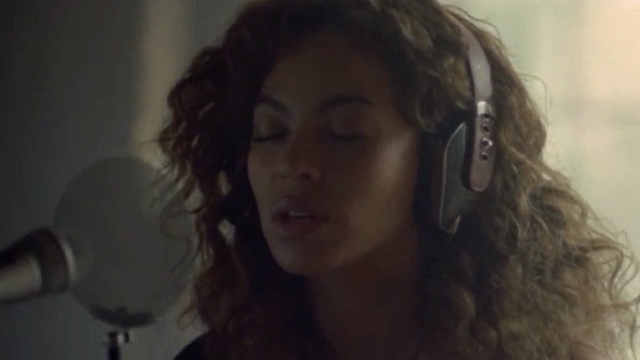 The reigning queen of music reminded fans how she earned her throne with a new album that boasts 12 songs and a mini-movie.

She slayed us by surprise ... again. This time it was in an hourlong assault on the senses. Beyoncé aired an HBO special with brand new music and completely new visuals. And then just a minute later dropped "Lemonade" — a full sixth solo studio album on her husband's streaming service Tidal.

The new album features Jack White, The Weeknd and Kendrick Lamar and is the singer's most personal to date. And the visuals stick to the expected cultural commentary we saw in her shock single "Formation." The album itself boasts 12 tracks — hailed as an artistic blend of R&B, rock and even some country.

And, it's released just in time for the BeyHive to see it live. Shortly after she performed "Formation" during the Super Bowl halftime show, Beyoncé announced a world tour going by the same name. That kicks off April 27.

The cryptic queen then showed us what she'd been hiding two months after her tour announcement when she posted this minutelong Instagram video titled "Lemonade" — a sweet and sour preview to her HBO special that ultimately answered whether Bey was going to drop the bomb or not.

While the release of this album was a surprise, fans still expected new music from Queen Bey. She already toured twice with her critically acclaimed fifth album "Beyoncé" — once on The Mrs. Carter Show world tour and another alongside hubby Jay-Z for their On The Run tour.

All hail the queen — who once again proved that hard work, a commitment to quality art and being a sorceress of surprises will earn you the recording industry's throne.

This video includes images from Getty Images and clips from Columbia Records and HBO.