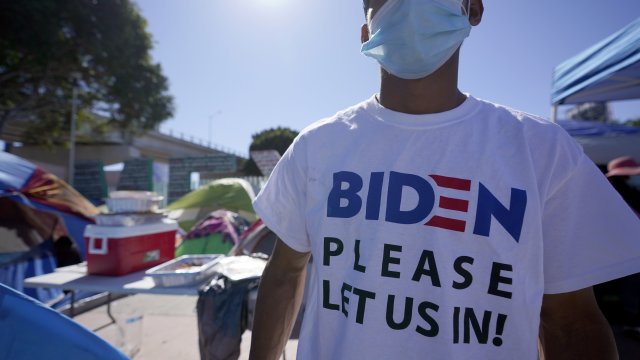 The president will be briefed on the influx of unaccompanied minors at the border.

President Biden is sending a team to the U.S-Mexico border to brief him on the influx of unaccompanied minors being detained and what's being done to keep them safe.

A report this week found the children are being held in detention facilities for 77 hours on average as they wait for their asylum applications to be approved.

Critics say that's too long and the facilities aren't equipped to hold that many people for that long.

Entries at the southern border have skyrocketed over the last few months and immigration officials say the numbers will keep climbing as we head toward spring.