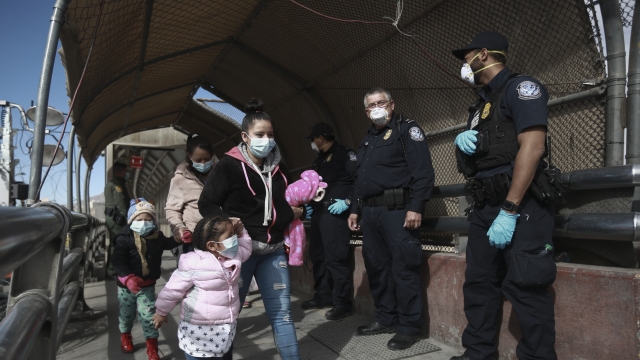 The Biden administration is struggling to process and house migrants at the U.S.' Southern border after a recent surge in arrivals.

A worsening situation at the border. The number of unaccompanied migrant children and asylum-seekers is increasing by the thousands over just the last few weeks.

"We are continuing to work to convey to people in the region that this is not the time to come, ... that the majority of people who come to the border will be turned away," said White House press secretary Jen Psaki.

The Biden administration, now struggling to deal with the influx of adults and minors without a concrete plan. Its only visible moves so far to open more space in migrant facilities across the country to pre-COVID levels.

"We've been very clear that there is an increase that there are more children coming across the border than we have facilities for at this point in time," Psaki added.

This comes after the administration reversed several Trump-era policies, including the most controversial: separating migrant families at the border. The administration is allowing some families and unaccompanied minors to stay in the U.S. while they await a hearing for asylum.

In a new statement, former President Trump claims he left the Southern border in quote “great shape -- stronger, safer and more secure than ever before." Other Republicans were also quick to criticize the administration.

Meanwhile, we’re told senior White House officials who traveled to see the conditions at the border this past weekend still haven't briefed the president directly.