The Biden Administration To End 'Remain In Mexico' Border Policy 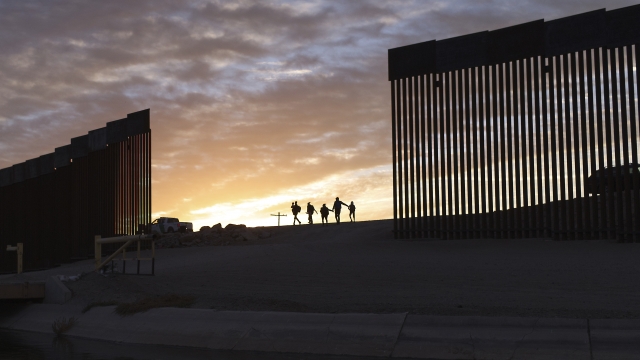 Since 2019 migrants trying to win asylum in the U.S. have waited out their cases in Mexico, under the so-called Migrant Protection Protocols.

The policy, instituted during the Trump administration, included about 70,000 migrants, who critics say were sitting ducks in dangerous drug cartel-dominated Mexican border cities.

The Biden administration sought to do away with the policy when it assumed control. But lawsuits by Republican-controlled states, namely Texas and Missouri, blocked winding down the policy until the Supreme Court sided with the White House in July.

The U.S. government is still expelling the vast majority of migrants who cross the southwest border illegally under the pandemic-related public health order called Title 42.

From October of 2021 until June, the Department of Homeland Security says it has recorded almost 1.75 million encounters with migrants along the southwest border. Many of those are repeat attempts to gain entry into the U.S.

Texas Governor Greg Abbott has spent billions along the border, deploying state police and the National Guard to try to enforce immigration laws at a state level.

He's also ordered the busing of some migrants, those who are allowed to stay after crossing into the U.S. under humanitarian exemptions.

They are coming from cities like Del Rio or Eagle Pass, Texas, which have scant infrastructure to cope with migrant relief, to places like New York and Washington D.C.

Reports show that in May and June the state spent more than a million dollars sending thousands of migrants out of Texas to, "bring the border to Biden."

KXA in Dallas reported that the trips amounted to $1,400 per person.

An immigrant rights advocate in Washington says the idea behind the busing is mean-spirited and in reality has the opposite effect the governor intended.

Abel Nuñez is the executive director at Central American Research Center in D.C.