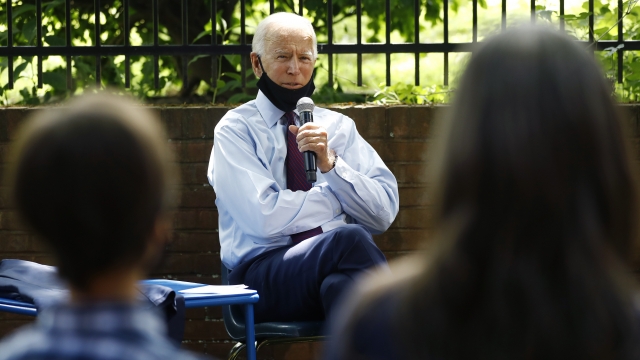 The presidential conventions, in whatever form they inevitably take, are less than two months away. Right now, presumptive Democratic nominee Joe Biden is sitting in a pretty comfortable position.

A recent Monmouth University poll has Biden leading President Donald Trump 53 percent to 41 percent, but as Democrats learned the hard way in 2016, leading a national poll won't win you an election. For now, the state polls look promising for the Biden campaign too, showing him  with a lead in nearly every swing state. The Midwest wall that tipped the election to President Trump four years ago looks to be moving in Biden's favor.

It all comes as the former vice president keeps a mostly low profile, limiting himself to just a few fundraising events per week and utilizing his wide range of surrogates, including former rivals like Senator Elizabeth Warren. Much of the campaign's focus now is on President Trump's response to the coronavirus.

While doing limited public events, the Biden campaign has been focused on fundraising, raking in more than the Trump campaign two months in a row, beating them by $10 million in June and by nearly $20 million in the quarter overall. This war chest is allowing the campaign to expand quickly. Biden made multiple hires in both Pennsylvania and Florida this week.

Whether the campaign is making the right calculation by keeping Biden home as President Trump continues public, outdoor rallies, remains to be seen.