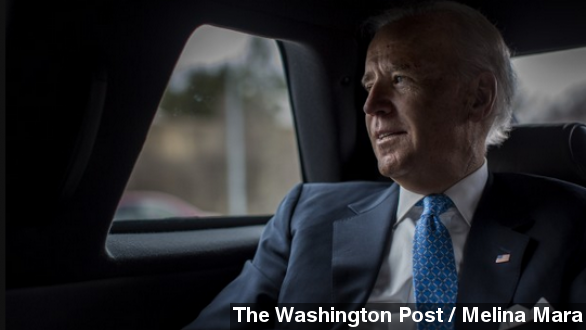 Vice President Joe Biden is getting a whole lot more than he bargained for on his tour of East Asia this week.

A trip originally meant to focus on trade and economic issues has taken on a new focus. (Via Arirang News )

"The prospect for miscalculation and mistake is too high." (Via Al Jazeera)

Biden was referring to China's recent decision to set up an air defense zone over a group of disputed islands in the East China Sea. (Via BBC )

Japan controls them, but China claims them as well. China announced last week any aircraft entering the zone must first notify Chinese authorities.  (Via CNN )

In the past, Washington has been reluctant to take a position on these islands, but the State Department has now made clear it won’t recognize the zone as China's.

Though the U.S. insists they were pre-planned military exercises, two unarmed U.S. B-52s flew through the zone last week. On the other hand, U.S. airlines have reportedly been advised to comply with the Chinese regulations. (Via CBS)

Which didn't go over well in Japan, as officials there had already told their airlines to ignore China’s airspace. The New York Times reports, "That was viewed by some in Japan as a mixed message... Japanese newspapers began worrying about 'allies no longer walking in lock step.'"

Still, the U.S. has made clear it's taking Japan's side in this, fearing China's move demonstrates a broader strategy to exert influence in the region.

The Heritage Foundation's Bruce Klingner told The Christian Science Monitor: “A major piece of Biden’s trip will be to reassure our allies about U.S. relevance, U.S. influence, and U.S. support in response to these threats.”