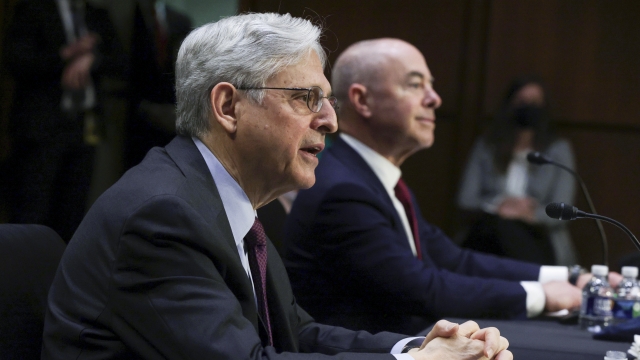 Biden administration officials say they're ramping up the fight against domestic violent extremism.

The departments they lead are requesting a combined total of an additional $231 million to combat the rise of domestic violent extremism and domestic terrorism.

The attorney general told senators the investigation into the January 6th insurrection is not over and that prosecuting cases is a top priority for the DOJ.

"In my career as a judge and in law enforcement, I have not seen a more dangerous threat to Democracy than the invasion of the Capitol," Garland testified. "There was an attempt to interfere with a fundamental element of our Democracy – the peaceful transfer of power."

The testimony happened on the same day two former senior officials in the Trump administration gave their accounts of the insurrection.

Miller told lawmakers he disagreed with criticism of it.

Miller denied former President Trump had any role in the military's response and said he did not speak to Trump that day.

He said he didn't want to send troops to the capitol days beforehand because he thinks it could've spread fear of a military coup.