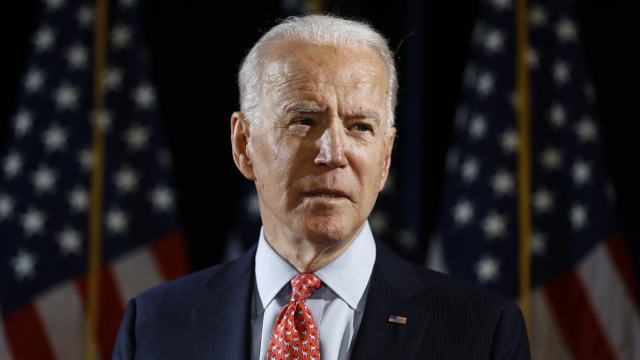 Biden said essential workers deserve "extra premium pay" while they work during the public health crisis and put their lives at risk.

Former Vice President Joe Biden is proposing to give some essential workers a $13 minimum wage increase on top of their current salaries.

The apparent Democratic presidential nominee raised the pay hike idea during a virtual town hall Monday. The wage increase would be for those working in virus hot spots, like meatpacking plants and hospitals, during the public health crisis. During the virtual event, Biden praised front-line workers and said the country would not survive without them.

"Our workers are the heart and soul of this country," Biden said. "We would not survive without you. We're seeing the truth of that right now. To all the workers in the meatpacking plants, you have my support."

On the same day as the town hall, Biden's campaign announced it reached a deal with the Teamsters union that gives campaign field organizers working six-day work weeks a $15-an-hour minimum wage and guaranteed overtime.