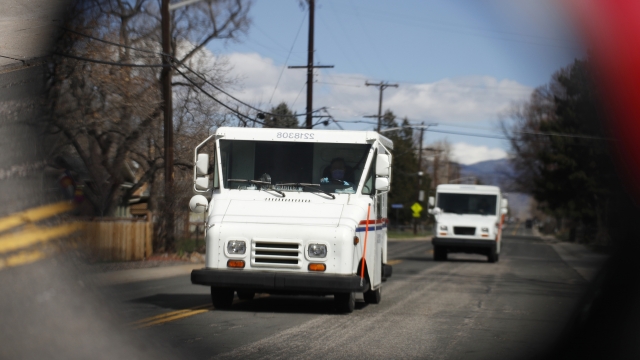 The National Association of Letter Carriers said Thursday Vice President Joe Biden will be a "fierce ally" of the Postal Service.

Representing 300,000 current and former mail carriers — The National Association of Letter Carriers said Thursday Biden will be a "fierce ally" of the Postal Service.

The statement accused President Donald Trump of attempting to "undermine" the Postal Service. The Trump administration is making service cuts and eliminating overtime pay. That is leading to significant delays in service.

Those changes could impact the 2020 election. The Postal Service has warned 46 states that delays in mail delivery could result in vote-by-mail ballots arriving too late to be counted.

The Police Benevolent Association — representing 24,000 members — announced its endorsement for President Trump at his golf resort in New Jersey.